Just a quick post, without the usual details and close-ups, to share a basic make. Several months ago I made this sweatshirt and it has become one of my favorite comfy grab-n-go basics. 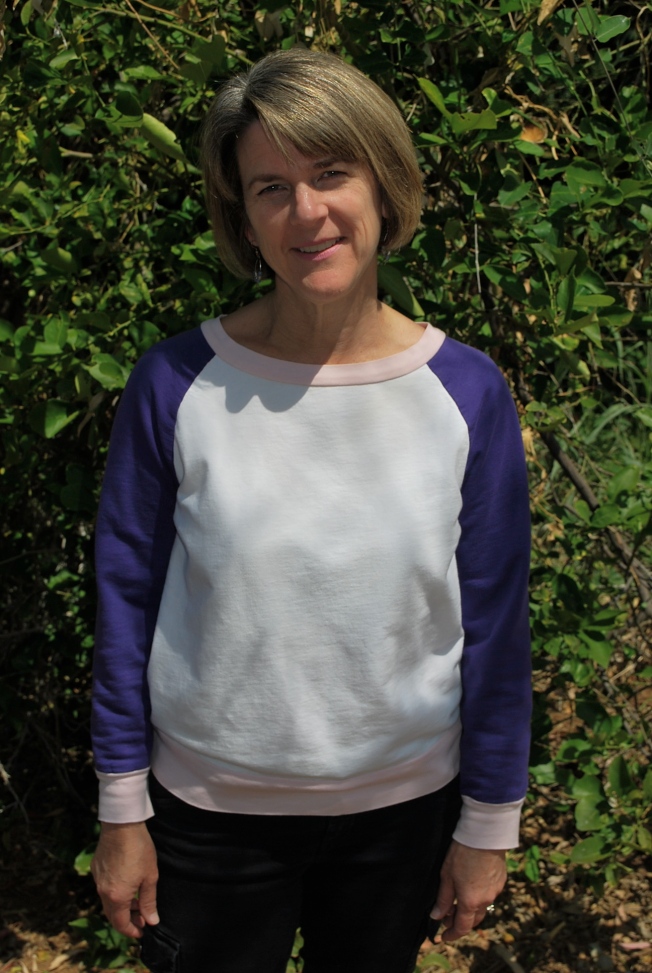 At this point, my sweatshirt has been through the washer and dryer several times.

My son was around while I was making this sweatshirt, and he told me that is was cool! How often does a 22 year-old young man comment on and like a garment his mother has made? Very rarely! “Would you like me to make you one?” I actually can’t remember his answer, but I ordered some fabric anyway thinking I would make him one for Christmas. Of course, I never got around to making it. Four months later, his birthday was two days away, I had no gift and a free Friday afternoon. So I whippped up a sweatshirt from New Look 6321. 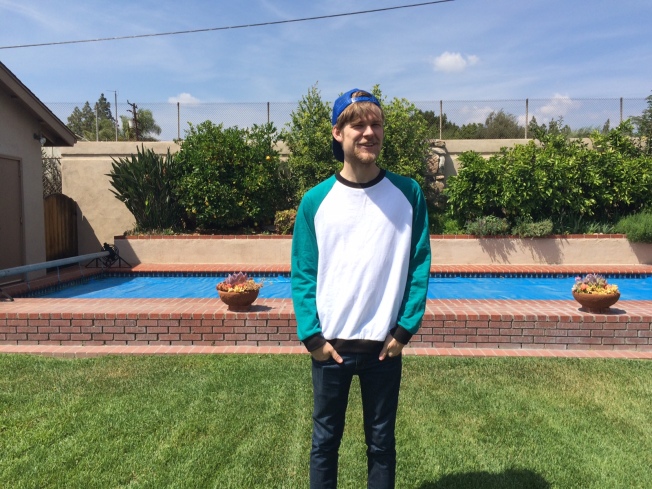 Modeling his birthday gift at grandma and grandpa’s.

This is a unisex pattern. My son is quite slender, so I cut a Medium. I made View B and added ribbing to the sleeves and bottom. The only alteration I made was a gradual narrowing the sleeve to subtract 2″ off the bottom circumference before adding the cuff.

The fabric for both shirts is 100% organic cotton which I purchased online at Fabric.com. I am not actually a big fan of this site. Their shipping is always slow. But I like this sweatshirt fleece. It is super soft and reasonably priced for an organic knit at $10.98 per yard. However, I wish the color selection was larger. I would order more!

It would be nice to have a picture of us together wearing our sweatshirts, but the post would be delayed several weeks waiting for the opportunity for that to happen! Upon his most recent visit home, I ask my son if he had worn his sweatshirt. He said yes, he wore it to the movies with friends. “Well, did you get a compliment?” I asked. “Yes. They thought is was cool.” “Did you tell them that your mom made it?” “Yes, and I told them you had a blog and were pretty big in the middle-aged sewing community.” Well, not all true…but thanks…I guess.

I WAS A CONTESTANT 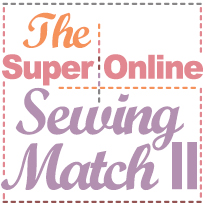